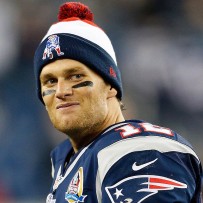 Real quick: what is Brady material?  It’s basically evidence that could have helped Defendant, but the People failed to disclose.  Nooooooooooo, that doesn’t happen, right?  Our Justice System would NEVER allow for that to happen, right?  Well, here come’da Judges.

This March 7, 2016 US Supreme Court case Wearry v. Cain, 136 S.Ct. 1002, shows Brady is alive and well.  Defendant was convicted of capital murder and sentenced to death.  Well, we can rest assured knowing he got a fair fight, right?  Not so much.  After trial, we find out the People failed to disclose:

“[T]he only evidence directly tying [Defendant] to that crime was Scott’s dubious testimony, corroborated by the similarly suspect testimony of Brown.”

For Brady, it matters not whether the People acted in good or bad faith, but only if the evidence “is material either to guilt or to punishment.”  Brady applies to evidence undermining witness credibility, and Defendant doesn’t even need to show that he ‘”more likely than not’ would have been acquitted had the new evidence been admitted.”

“Even if the jury—armed with all of this new evidence—could have voted to convict [Defendant], we have ‘no confidence that it would have done so.’”  With this, Defendant wins a consolation prize of a new trial.