Can the People refile felony DUI charges after dismissal? 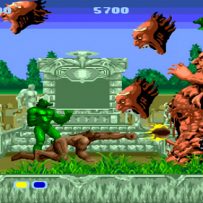 Does Penal Code 1387 allow for the People to refile a dismissed charge as a lesser included felony after two dismissals?

If your San Diego felony DUI case is dismissed…then that means it’s dismissed, never to return right?  Game over, you can relax?  Or will the criminal charges rise from their grave against you again*.

The lawyer answer you’ll usually get is “well, it depends.”  It’s the same answer here, the Cal Supremes decided a new issue regarding this in their March 17, 2016 decision People v. Juarez, 199 Cal.Rptr.3d 735.

“Penal Code section 1387 generally permits a felony charge to be dismissed and refiled once, but not twice*.”  “Here, charges that defendants committed attempted murder were dismissed twice.  The People then charged them with conspiracy to commit murder based on the same underlying facts as the twice-dismissed charges.”

The Court of Appeal allowed the People to do this, but “express unease” in light of People v. Traylor (2009) 46 Cal.4th 1205.  Per Traylor, the People can file a lesser included misdemeanor after a felony has been dismissed twice.  But the Supremes were careful to limit their holding to just those circumstances.  So the Supremes explain Traylor a little more.

First, the Court must look at the “offense” which “is defined not by conduct, but by its particular definition as such in the Penal Code.”  “[I]n interpreting what is and what is not the ‘same offense’ under section 1387, courts must consider the statute’s purposes.”

Here, the Court used the Accusatory Pleading test and found in favor of Defendant, holding conspiracy to commit murder (as pleaded here) was the same offense of the dismissed attended murder charge.

*Try as I may, I just can’t resist referencing Altered Beast here.  I can think of nothing more appropriate here.  Man, did I love that game.  Now…how can I work in a Golden Axe reference… 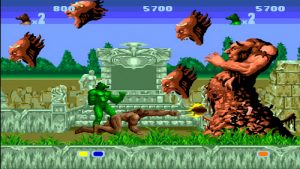