Home » #DUIdata » DUI science: it’s either right or wrong. Which is San Diego?

DUI science: it’s either right or wrong. Which is San Diego? 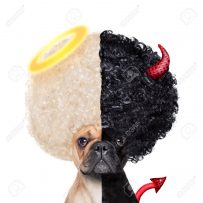 DUI science is very objective and very black and white.  If it’s not right, it’s wrong.  And if it’s not valid, it’s invalid.  And you simply cannot convict someone or take away their license with invalid science.

We have seen a very honest trend with the California Court of Appeals, Fifth Appellate District with two cases.  The first is Najera v. Shiomoto*, from 2015, and the second is Freitas v. Shiomoto, from September 14, 2016.

Both cases deal with how blood is tested (usually) for DUI cases–the method of gas chromatography.  In both cases, defense expert Janine Arvizu testified about the lab’s procedures for testing blood samples in Kern County, and no one from the Crime Lab was called to testify.

In both cases, there were several parts to her testimony, but the main analysis for the Court here was the lab using “single column” versus “dual column” when testing blood for alcohol.  I’ll give the super Reader’s Digest version of this: when using single-column, the lab runs the blood sample through the tubing inside the blood machine only one time.  Dual column would be testing it that first time, and then running a second test, under different conditions (different heating setting, a different tubing/column, etc).

Again, in both cases, the lab only used single-column testing.

Single column testing only provides for a presumptive testing, that the compound detected may be alcohol (because there are so so so many compounds it could be).  The gas chromatograph (machine that tests the blood) does not automatically know what alcohol is, and specifically ethanol, because there are so many different types of alcohol.  Rather, the machine must be taught to identify the ethanol, and then quantify the amount it’s detecting.  This is a two-step process, and the only way to do this scientifically is to use dual column.  Not single column.

From Freitas: “Results from the second column, which are based on a different chemical principle, are necessary to confirm the presence and quantity of alcohol.” Emphasis added.  “One column can ‘tentatively identify’ alcohol, but ‘simply cannot confirm its identity’ or ‘how much might be present.'”

Obviously, the quantity is crucial to a DUI case, because we have per se legal limits: a .08 for most people, but California has other per se limits: .01 for under 21 or people on DUI probation; .04 for commercial drivers while driving commercially; .05 to get passed the presumption of NOT being under the influence (yes, in California we have a presumption of NOT being impaired if you’re BAC is under a .05).

Per Arvizu, all the literature she has read requires dual column testing.  “All literature she had reviewed on the subject agreed that gas chromatography cannot determine the presence and quantity of alcohol in a blood sample without the use of two columns. Instructions from the manufacturers of the gas chromatograph and the columns used by the Kern Regional Crime Laboratory also stated that results from two columns must be used for measuring BAC.” Emphasis added.

The long and short of both cases is that using single column testing is not valid science, and cannot ever be used to support a BAC number, regardless if it’s over or under the per se limit.  Because it’s wrong.  It doesn’t matter if it’s a .03 or a .30, if it’s wrong, it’s just wrong.  Period.

From Freitas: “This means that single-column gas chromatography is indeed never valid and therefore cannot comply, strictly or otherwise, with the regulations.”  So this means single column testing is wrong, even if in compliance with Title 17, the California Code of Regulations that governs DUI breath and blood testing.

In Freitas, the lab reported the BAC at a supposed .23.  But the Court takes a very strong, appropriate scientific stance: “Here, there are no valid chemical test results at all….” Emphasis added.

A huge thank you to lawyer powerhouses Jeremy Brehmer and Richard Middlebrook, and all who contributed to these appeals, for creating good law and science.

And the question that should be on your San Diego minds: do either of our two crime labs use dual column testing? Answer: NOPE.  So they are testing and prosecuting cases based on invalid science, which I’ll keep fighting against.