Home » Uncategorized » Further explanation re Hearsay with the Sanchez ruling

Further explanation re Hearsay with the Sanchez ruling

Posted by Eric Ganci on October 21, 2016 in Uncategorized | 0 comments 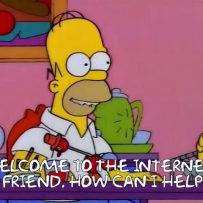 Back on June 30, 2016, the California Supreme Court decided People v. Sanchez (63 Cal.4th 665), and it made many lawyers stop and think about how to bring evidence into a trial or at a hearing. My article in the North County Bar Association monthly magazine explained this, in case you caught it when it was hot off the shelves.

First, we know generally that experts can rely on hearsay for their opinions. The law allows for that. But what the witness canNOT use is hearsay solely (and exclusively) to form the opinion, and admit what they relied on for their opinion as a direct statement or evidence (as we say in “Hearsay World,” trying to admit it for the “truth of the matter asserted.”)

Even for seasoned lawyers, fully understanding hearsay ain’t no joke. Sanchez has some in-depth issues to understand, and now our Cal Courts are applying Sanchez to decide current cases. Like this September 30, 2016 Cal Court of Appeal decision People v. Stamps.

The Reader’s Digest Facts of Stamps:

The People’s expert opined pills found were certain drugs, but only by using (exclusively) the website Ident-a-Drug to form that opinion. Jurors convicted Defendant of drug possession as to what the expert identified as these particular drugs.

There’s a great line from Stamps to start this discussion with: Sanchez “appears to be a new litmus test for admissibility of expert testimony incorporating hearsay as the basis for the expert’s opinion: it depends on whether the matter the prosecution seeks to elicit is “case-specific hearsay” or, instead, part of the “general background information” acquired by the expert through out-of-court statements as part of the development of his or her expertise.”

Followed up with some nice, clear language: “After Sanchez, reliability is no longer the sole touchstone of admissibility where expert testimony to hearsay is at issue. Admissibility — at least where “case-specific hearsay” is concerned — is now more cut-and-dried: If it is a case-specific fact and the witness has no personal knowledge of it, if no hearsay exception applies, and if the expert treats the fact as true, the expert simply may not testify about it. The underlying fact also may not be included in a hypothetical question posed to the expert unless it has been proven by independent admissible evidence.”

The Stamp Court says the People’s expert opinion is not admissible, as there “is no credible argument that the testimony concerned “general background” supporting [the People’s expert’s] opinion.”  The Court also discusses how The Internet 1) provides no way of verifying the authenticity of its contents; 2) is inherently untrustworthy; 3) allows for anyone to post anything; 4) is not monitored for accuracy; and 5) has hacker issues.

So what happens here?

Defendant wanted a complete reversal and case closure.  The Court reverses, but gives the People another trial to try and prove their case. Just what Defendant wanted..