Home » #DUIdata » Can Prosecutors Judge/Forum-Shop after losing a Motion to Suppress?

Can Prosecutors Judge/Forum-Shop after losing a Motion to Suppress? 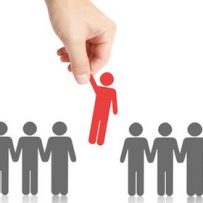 Can Prosecutors Judge/Forum-Shop after losing a Motion to Suppress?

So, in the criminal law arena (which San Diego DUI arrests fall into obviously), you have the ability to run a motion to try and suppress evidence.  If you win that motion, then the Prosecution may not be able to move forward with their case…since they may no longer have the evidence to try and prove what they’re trying to prove.

With this, the Prosecution can dismiss the case…but then they may be able to refile the same charges (I know, silly).  There are more laws that apply there, but that’s a topic for another time.

The question with this People v. Rodriguez California Supreme Court decision from August 22, 2016 is whether the same Judge who suppressed the evidence must hear the same motion.

The general rule of law here:

Well, first understand the “trial courts possess broad discretion to distribute business within their courts and make determinations concerning the availability of judges….”

Also, “the statute itself does not settle the precise scope of those constraints by providing a definition of the term ‘available.’ Nor does it describe what considerations should guide a court’s determination of whether a judge is or is not available.”

So with that, a Judge may unavailable for purposes of section 1538.5(p) “only if the trial court, acting in good faith and taking reasonable steps, cannot arrange for that judge to hear the motion.”

So, more terms to interpret: “good faith” and “reasonable steps.”

But it’s important, as “its purpose of prohibiting prosecutorial forum shopping…” is something we want to protect against.

What Rodriguez gives us…:

…is benchmark as to what is NOT good faith, reasonable steps, or unavailability.  The facts here: the Judge who heard (and granted) Defense’s motion the first time 1) had moved to another Court about 15 miles away, and 2) had a sentencing calendar the date this new motion was set for.  Also, here “[t]he record does not show [the Presiding Judge] ever attempted to contact [the Original Judge] or that he inquired as to when [the Original Judge] might be available to hear Rodriguez’s motion.”

While a Judge may be unavailable if s/he has “died, retired, or lacks the capacity to undertake his or her duty[,]” “mere inconvenience is not sufficient to render a judge unavailable for purposes of section 1538.5(p)

The endgame here: not sending it to the Original Judge “was an abuse of discretion.”