Home » #DUIdata » DUI, and someone else was driving? Can an investigator testify to the real driver’s statements?

DUI, and someone else was driving? Can an investigator testify to the real driver’s statements?

Posted by Eric Ganci on April 5, 2017 in #DUIdata, Uncategorized | 0 comments 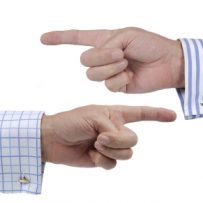 This March 30, 2017 California Court of Appeals decision People v. Smith (cited as 2017 WL 1174411) addresses this issue…although there’s a little more to the story there.

There is a nasty car accident: 3 people inside. People pull Defendant, Defendant’s girlfriend, and her cousin out of the car, where no bodies were in the driver seat (because of the crash).

Per the Police, in front of the paramedics on scene, D admits to driving and Cousin tells Police D was driving.  At trial, some witnesses recant their statements to the Police, and Girlfriend doesn’t testify (she takes the 5th and keeps quiet).  D tries to have an Investigator testify about Girlfriend admitting to driving.  All this happens in a hearing in front of the Judge only, no Jury (a 402 hearing as we call it).

So this begs the question, can the Investigator testify about when Girlfriend admitted to driving?  It’s hearsay, but does the “statement against interest” exception (per California Evidence Code 1230) allow this hearsay statement to come in.

For this case, the answer is no.  Because the Court found Girlfriend’s statements to just not be reliable.

First, because of Girlfriend’s relationship to D, then and now (they were still together at the time of trial).  And “[t]he statement made to the defense investigator appears more focused on exculpating Smith than implicating herself.”  And “she almost certainly would have been aware Smith was criminally charged as a result of the accident, yet she never came forward to police and only made the statement at issue here almost five months after the initial felony complaint was filed and nearly nine months after the accident.”  Youch.  And the Court gets one final dig, that even if the Trial Court DID error in not allowing this evidence from the Investigator, it was harmless because D still got to make the defense that he wasn’t driving by having other witnesses testify.