Posted by Eric Ganci on April 9, 2017 in #DUIdata, Uncategorized | 0 comments 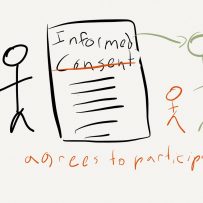 The most recent California case is People v. Arredondo (2016) 245 Cal.App.4th 186, which the Cal Supremes took up in June 2016.  We’re still waiting on their decision, and you can read my blog about Arredondo here.

With these cases, there are some deep legal issues, about “implied consent” and whether that type of consent is “actual consent” or just simply “imputed.”  There are more issues with how Police require or advise (if they advise) someone arrested for DUI on the legal requirements of submitting to a post-arrest chemical test.

Well, this December 29, 2016 California Appellate Division decision People v. Mason, 8 Cal.App.5th Supp. 11 gives more guidance while we wait for Arredondo (Mason was decided in December, but not published until late February 2017).  And it really dissects when the People argue that it doesn’t matter legally if Police don’t give a proper advisal for doing a chemical test after a DUI arrest (they always cite to People v. Agnew (2015) 242 Cal.App.4th Supp. 1 for this argument).

This is not an easy read, but it’s so important to really understand how all this comes into play.  And whether your blood can get suppressed in a DUI case.  Much of this write-up is just quotes from the case, because I found once I diced it up into sections, it read ok with just the straight quotes from the Court.  Enjoy:

Facts of Mason (all cites are to Mason unless noted otherwise):

I’ll give the exact facts from the case in snipets:

Let’s dissect each of the legal issues within Mason:

“[A]dvance “deemed” consent under the implied consent law cannot be considered actual Fourth Amendment consent. We have also concluded that the scope of advance express consent under the implied consent law may not necessarily extend to Fourth Amendment considerations in a criminal prosecution, and that, in any event, no such advance express consent was shown here. Finally, we have concluded that, depending on the totality of the circumstances, a representation by an officer that submission to a chemical test is “required” under the implied consent law without reference to any of the consequences of refusal such that the substance of what is conveyed is that there is no actual choice to refuse may amount to a claim of lawful authority vitiating consent for Fourth Amendment purposes.” Id. at 31, original emphasis kept.

And the Court ties it into Mason’s case, and how Mason did not give actual consent:

“But his statements of legal compulsion to Mason in combination with other factors, like his having failed to provide any of the statutory admonishments about the consequences of refusal and the absence of any evidence at the hearing of the consent Mason was argued to have given in advance or that she had actual advance notice of the consequences of refusal, mean that her choice of a blood test over a breath test, and her compliance with the procedure, do not establish her actual free and voluntary consent under the Fourth Amendment. This is so notwithstanding whatever advance consent was “deemed” under the implied consent law.” Id. at 31

“We do not think that consent of this kind can be characterized as “free”…or “ ‘knowingly and intelligently made[.]’” …It cannot be “voluntarily given.” …Nor can it ever be tested for “duress or coercion.” …In short, it is not real or actual consent in fact for purposes of the Fourth Amendment, though it may be perfectly fine for purposes of administrative proceedings involving forfeiture of driving privileges under the implied consent law upon a refusal to submit to a duly requested chemical test.” Mason at 27-28, internal cites omitted, original emphasis kept.

Now, Birchfield and McNeely are silent to this issue of whether implied consent means the People need not prove actual consent per the 4th Amendment.  Specially, Birchfield holds “motorists cannot be deemed under implied consent laws to have consented to a blood test on pain of committing an independent crime.” Mason at 30, citing Birchfield at 136 S.Ct at 2160, 2185-2186.  Birchfield “did not suggest that a statute explicitly imputing consent to drivers—as California’s does—would sustain a warrantless blood draw of its own force.” Mason at 30.

“Nor did the Court in McNeely [133 S.Ct. 1552] address the effect of implied consent laws on the Fourth Amendment rights of a driver not otherwise shown to have expressly consented or refusing to consent.” Mason at 30.

Implied consent is like “Imputed Consent,” which is not the same legally as “Actual Consent.”

“Consent per implied consent really is just “imputed by the implied consent law.” Id. at 25.  “Indeed, “implied consent” is a misnomer in this context. As we have acknowledged, consent sufficient to sustain a search may be “implied” in fact as well as explicit, but it is nonetheless actual consent, “implied” only in the sense that it is manifested by conduct rather than words.” Id. at 25.

“Borrowing from the law of contracts, the consent in these and similar cases is implied “in fact,” not “in law.”  It is inferred from conduct constituting an actual manifestation of consent. In contrast, the mere operation of a motor vehicle is not a manifestation of actual consent to a later search of the driver’s person. To conclude otherwise is to adopt a construct contrary to fact.” Id. at 25-26, original emphasis kept.

“It is to acknowledge that although two things may be legally equivalent, they are not equivalent in fact. And as the United States Supreme Court recently observed, while civil penalties and evidentiary consequences are one thing, there “must be a limit to the consequences to which motorists may be deemed to have consented by virtue of a decision to drive on public roads,” though the Court did not define these limits in the case.” Id. at 26, citing Birchfield at 136 S.Ct at 2160, 2185.

Implied Consent does NOT apply if you do not hold a valid California Driver License:

“[T]his form of consent [implied consent] would naturally not reach persons driving in California without a license, or those driving with an out-of-state license.” Mason at 27

Rules about suppression for Mason:

This is the end-game for Mason: “On the totality of these circumstances, we conclude the People failed to show that Mason actually—freely and voluntarily—consented to the blood draw performed on her. Id. at 33.  This blood draw violated her 4th Amendment right against unlawful search and seizure, and the blood was properly suppressed. Id. at 33.  The People did not prove “true consent.” Id. at 32.

To note: “although having been informed either of the right to refuse or the consequences of refusal is not required to find voluntary consent, here, the statement that submission was required together with the absence of the mandated full advisement, coupled with Mason’s refusal to submit to a PAS test when told that was an option (Veh. Code § 23162, subd. (i)), mean that in the totality of these circumstances, the People failed in their burden to show Mason’s actual free and voluntary consent for the blood draw.” Id. at 32

Rules about the Officer not giving a proper advisal:

This brings back up my mention of Agnew above: whether Police must give a 100% accurate advisal to be deemed a proper advisal.  And the answer is “it depends.”  It’ll depend on the totality of the circumstances, and what Mason teaches is that the facts here were not proper.

Here, “this advisement was inaccurate—and not insubstantially so. As we have shown, California’s implied consent law provides that “[t]he person shall be told” about the consequences of refusal, thus informing the person that he or she does indeed have a choice to submit or to refuse and bear the consequences.” Id. at 32.

“In the context of the Fourth Amendment, the information he provided was thus inaccurate to the extent that what he entirely omitted rendered what he did say misleading, at least for Fourth Amendment purposes as Mason maintained a constitutional right to withhold consent to the blood draw.” Id. at 32.  “The circumstances are particularly stark here, where the officer told Mason that she could refuse the voluntary PAS test [as Vehicle Code 23612(a)(1)(D)* requires Police to advise], and she did just that, in contrast to his subsequent representation, which was that she was legally “required” to submit to a chemical test.” Id. at 33.

Anything less is “misleading” as the Court held here. Mason at 22.

The Mason Court also distinguishes Harris (referred to as Harris II) : “deputy in Harris substantially informed the defendant of the consequences of refusing to submit to the chemical test under the implied consent law, thus conveying, albeit impliedly, that refusal was an option.” Id. (Mason) at 33, citing Harris at 234 Cal. App.4th 671, 690-692.

The argument that waiving a 4th Amendment right being similar to Implied Consent also fails:

“It is true that an advance, blanket consent to search may be effective to waive Fourth Amendment protections in some circumstances, like probation. In that context, a search may be upheld as consensual if it conforms to consent previously given as a probation condition upon conviction of an earlier crime. The rationale here is that a probationer can effectively and expressly waive the full protections of the Fourth Amendment in order to avoid the greater curtailment of liberties that flow from a denial of probation.” Mason at 23-24.

“A defendant not willing to subject himself or herself to the invasion of privacy in exchange for greater liberty than incarceration may decline and receive a probation-denied sentence. But we do not believe the rationale for these searches can be readily extended to the present context.” Id. at 24.

“[W]hile driving on the public roads has been characterized as a “privilege subject to reasonable regulation, under the police power, in the interest of the public safety and welfare” …the state’s power to place conditions on that privilege cannot justify constitutional intrusions of the same magnitude as those permitted in granting probation. The alternative to probation is custodial confinement, a severe curtailment of the panoply of rights and liberties enjoyed by persons who have not been convicted of crimes.” Id. at 24, internal cites omitted.

While this is a 4th Amendment argument to suppress the blood for a criminal case, this same argument will not work for an Administrative DMV hearing.  “While this statutory “deemed” consent may be sufficient where the issue is whether the administrative consequences of refusal to consent are properly imposed…a state legislature does not have the power to “deem” into existence “facts” operating to negate individual rights arising under the U.S. Constitution.” Id. at 29 (internal cites omitted).

“Accordingly, whatever effect advance “deemed” consent may have under the implied consent law in the administrative context, that law does not make the results of a chemical test admissible in a criminal prosecution, without a warrant or proof of circumstances establishing an exception to the warrant requirement. Nor does it even purport to. In contrast, such results may be admissible in administrative license-revocation proceedings whether or not the dictates of the Fourth Amendment have been observed.” Id. at 29.

*Mason explaining Vehicle Code 23612: “the statute [California Vehicle Code 23612(a)(1)(D)] directs officers to tell the driver “that his or her failure to submit to … the required chemical testing will result in a fine, mandatory imprisonment if … convicted of a violation of Section 23152 or 23153,” as well as suspension of driving privileges. (Veh. Code, § 23162, subd. (a)(1)(D).) A driver must also be informed of a consequence arising entirely outside the act, namely that evidence of a refusal to submit “may be used against him or her in a court of law.” Mason at 29, citing South Dakota v. Neville at 459 U.S. 553, 565-566.  “Such a warning is required only by statute, not by constitutional jurisprudence.” Again, Mason at 29 citing Neville at 565-566.