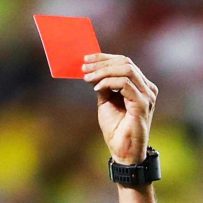 This February 23, 2017 decision People v. Cowan (8 Cal. App. 5th 1152; Court of Appeals of California, Second District, Division Six) deals with what Prosecutors can and cannot say in closing arguments.  It’s also a furtherance of the Cal Supreme decision People v. Centeno (2014) 60 Cal.4th 659 (Cowan was sent back to this Court to make its decision in accordance with Centeno).

So first, in Centeno there were two main issues:

1) It was error “for the prosecutor to suggest that a reasonable account of the evidence satisfies the prosecutor’s burden of proof.”  In arguing conflicting evidence, the Prosecutor argued their version was reasonable, and Defense’s was unreasonable.  Nope, no can do.

2) It was error for the Prosecutor to “use of a diagram showing the geographical outline of California” and basically argue “c’mon, look at the big picture…you still know it’s California, right?”  Nope, can’t do that either.

Turning to Cowan, the big misstep was the Prosecutor discussing how the Presumption of Innocence was over: “In rebuttal, during closing argument, the prosecutor told the jury, “Let me tell you that presumption [of innocence] is over. Because that presumption is in place only when the charges are read. But you have now heard all the evidence. That presumption is gone.”

The Court did not like that argument, saying the Prosecutor “buttressed this grossly inaccurate explanation of reasonable doubt with the erroneous statement that the jury’s decision regarding defendant’s guilt is just an ordinary decision people make ‘a hundred times a day.’”

The Court overturned the conviction and sentence because of this misconduct.