Posted by Eric Ganci on October 11, 2017 in #DUIdata, Uncategorized | 0 comments 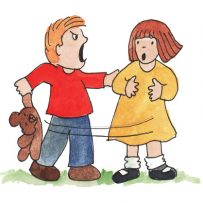 In criminal law in California, Defendants can request discovery from the prosecution under California Penal Code 1054. However, what if there are co-defendants…and one D wants discovery from the co’D? Does 1054 require this disclosure? The quick answer: probably not. So you need to do your own work to investigate (legally speaking).

This 9/11/17 decision People v. Hunter from the Court of Appeals of California, Fourth District, Third Division.

Hunter deals with Defendant wanting a Victim interview that Co-D’s attorney obtained. As luck would have it, while Hunter was pending, People v. Thompson (2016) 1 Cal.5th 1043, 1095 came down. In Thompson, the Cal Supremes held “no provision in the statutory scheme governing criminal discovery [again, Penal Code 1054] explicitly or even impliedly requires one codefendant to disclose any evidence to another codefendant.” So there we have it.

But what about Brady? Nope, Brady only applies to the People, not to co-Ds. “We note that a defendant’s due process right to material exculpatory evidence under Brady v. Maryland (1963) 373 U.S. 83 (Brady) is not at stake in codefendant discovery.”

And here in Hunter, “…nothing in the record suggests the prosecutor knew of or had obtained the codefendant’s interview, triggering the prosecutor’s Brady duty if there was anything exculpatory in it.”

Now, can a Court ever order disclosure of discovery from a co-D? Sure, maybe. The discovery sought in Hunter was claimed to be attorney-work privileged material. With that, a “bare showing of `good cause’ is not enough to compel production of materials constituting attorney work product.” Instead, ‘[a] court will order disclosure of such materials only if the party seeking discovery can demonstrate injustice or unfair prejudice, a much heavier burden.'”

Here in Hunter, Defendant loses. He is not entitled to co-D’s discovery. “Here, defendants failed to meet their burden to show good cause requiring access to Bittar’s interview on grounds of ensuring a fundamentally fair trial. Analyzed in terms of the qualified attorney work product privilege, defendants did not show ‘that denial of discovery will unfairly prejudice the party seeking discovery in preparing that party’s claim or defense or will result in an injustice.'”

And here’s the language that shows you need to do your own work. You can’t just rely on trying to ask for discovery that someone else has obtained. Here, Defendants did not “claim they had been unable to interview the shopkeepers — they simply wanted Bittar’s interview for their own use.” Nope, that’s not enough of a legal showing.