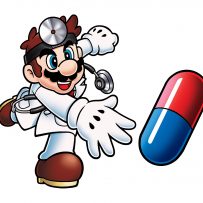 This rule of hearsay in California continues to exercise its legs from our California Supreme Court decision People v. Sanchez. The final sha-bang with Sanchez is whether an expect can opine on a single, fact-specific hearsay (out of court statement) when testifying. And their holding was that single, fact-specific opinions like this are hearsay and not admissible.

Well, what if the expert is making this pin-point hearsay statement…but that statement is based off a compilation of information? That’s exactly what we have in this 9/27/17 decision People v. Mooring*.

The quick facts in Mooring:

Basically, People’s expert opined drugs were certain drugs from the Ident-A-Drug Web site, without actually testing the drugs through confirmation testing. Here are the exact facts copied from the opinion:

To presumptively identify a prescription pill, the crime lab compares the pill’s “individual characteristics”—its color, shape, and markings—to images on Ident-A-Drug. Meldrum [the People’s expert] explained: “I type the markings on the pill into the website and it gives me either one match or a list of possible matches that the pill may be. And based on the color and the shape and the imprints on the pill, I make a determination as to whether or not to report that out as a presumptive identification.” This method is generally accepted in the scientific community, and has been reviewed by the crime lab’s accrediting board. Meldrum has presumptively identified prescription pills using Ident-A-Drug over 2,000 times.”

“Meldrum compared the markings, imprints, coloring, and shapes of the prescription pills seized from the residence to the information on Ident-A-Drug. Meldrum presumptively identified the pills as” the drugs the People charged Defendant with.

So, is all this hearsay?

Well, yes. The testimony and opinions from Ident-A-Drug are hearsay.

But is it inadmissible? The answer is no, as the Court holds here. Because it’s hearsay based off a compilation per California Evidence Code 1340: a compilation that is “generally used and relied upon as accurate in the course of a business.”

“Other examples of ‘published compilations’ include a spray paint can label including hazardous substances; survey results measuring magazine advertising; a traffic safety database maintained by the National Highway Traffic Safety Administration; and mortality tables showing life expectancy.” I took out the case cites for each of those examples, FYI.

Defendant also argues his right of Confrontation was violated, and loses on that too***.

**In presumptive testing, you don’t actually test the item. You just do some research to give an opinion that a thing is probably identified as something. What’s crazy about California law with crimes about possession illegal drugs, is the law doesn’t require that the People actually test the substance through confirmation testing. To confirm the thing is what you presumed it was. What?! I know. But this is the law: “The essential elements of possession of a controlled substance “`may be established circumstantially.'” (See People v. Palaschak (1995) 9 Cal.4th 1236, 1242.) Chemical test results are routinely introduced at trial to establish the illegal nature of a controlled substance, but they are not required. “[T]he nature of a substance, like any other fact in a criminal case, may be proved by circumstantial evidence.”

***”Here the challenged hearsay is not testimonial. As described above, Ident-A-Drug contains generic data about pharmaceutical pills, based on information provided from pharmaceutical manufacturers and the FDA. The primary purpose of collecting and compiling this content on the Ident-A-Drug Web site was not to gather or preserve evidence for a criminal prosecution.”