Home » #DUIdata » Can a car passenger claim privacy regarding the searched car?

Can a car passenger claim privacy regarding the searched car?

Posted by Eric Ganci on January 3, 2018 in #DUIdata, Uncategorized | 0 comments 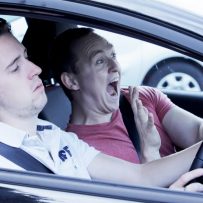 Can a car passenger claim privacy regarding the searched car?

It’s a new issue, and the answer is yes, a passenger can claim privacy even if he’s just the passenger of a vehicle. The issue as the Court states it: may a defendant “move to suppress evidence as the fruit of an unlawful detention even if the defendant lacked an expectation of privacy in the vehicle where the evidence was found.” “Although the high court was not called upon to address whether the passenger could challenge any evidence found in a subsequent search as fruit of an unlawful traffic stop, it strongly implied that a passenger could make such a challenge.”

Here, the Court does not suppress the evidence, but rather decides this sole issue that Defendant can claim privacy. And then they boot it back to the Trial Court to address any remaining issues.