Searching behind the car dash…unreasonable? 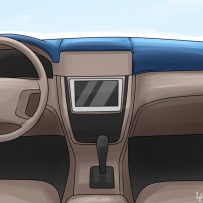 Searching behind the car dash…unreasonable?

Is a search behind the car dash unreasonable? Yes, it can be. But here, was it supported by probable cause here? Also yes.

Here, Arresting Officer see white powder under Defendant’s driver seat and baggies, both consistent with illegal narcotics. Arresting Officer “trained in recognizing how illegal drugs were packaged and transported” and “[b]ased on his training and experience, he knew that people use hidden compartments to conceal contraband in vehicles. He noticed during the inventory search that the dashboard console had been tampered with, and he thought that the area behind the console was being used as a hidden compartment.” The Officer “testified that he had found weapons and narcotics in hidden vehicle compartments, and given the discovery of the baggies under the seat, he believed contraband was hidden behind the dashboard.”

However, there is no evidence that the Officer “observed anything through the enlarged dashboard gap such as a weapon that would present a danger to the officers.”

So, was this an unreasonable search? You bet. The People argued “that the concealed area behind the console ‘functioned like a `closed container’ so that it comes within the Sheriff’s Department protocol which permitted the search of closed containers in vehicles.” But the Court didn’t agree: “the Attorney General cites no case in which the search of a hidden compartment has been encompassed by an inventory policy permitting the opening of closed containers.”

However, “[t]he totality of circumstances here provided probable cause to search behind the dashboard console for contraband in connection with defendant’s arrest.” “The substance was packaged in a manner consistent with illegal narcotics activity which, together with the tampered dashboard, established probable cause to believe that contraband would be found behind the console.”

So the Defendant gets a consolation prize of some case law on a new issue.