Posted by Eric Ganci on January 3, 2018 in #DUIdata, Uncategorized | 0 comments 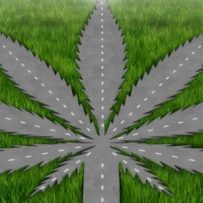 I should add a “no duh” at the end of that sentence. But seriously, as of January 1, 2018 with Assembly Bill 64 (Prop 64) going through, adults in California can buy marijuana for recreational purposes…and with that, here are some thoughts as they relate to driving while or after smoking marijuana in California. Note, for the law uses cannabis and marijuana interchangeably.

You cannot have an “open container” of weed while driving:

It’s not a misdemeanor, but it is an infraction  (traffic ticket). I put the entire California Vehicle Code section 23222 in full below.

Can you smoke weed outside?

You can’t smoke in public or within 1,000 feet of a school or daycare center when children are present. And I’m sure local governments/cities will create more laws about all of this.

You cannot be “under the influence” and driving:

It is against the law to be “under the influence” of either alcohol, weed, or alcohol + weed (per California Vehicle Code 23152).

Well, but how do we define “under the influence” per California law? Ooo, good question Eric. Thanks Eric [pats self on the back].

Now, that’s an incredibly broad definition. And that’s why I do so many DUI trials…because it can be incredibly subjective. Everything turns on what evidence there is at trial, and how it’s presented and argued. So, with that, here are some things to consider:

Now, There are of course defenses to consider with any kind of criminal case like a DUI, but it all depends how the science and law play out.

Be safe out there. And maybe (hopefully) plan ahead before consuming any kind of alcohol or drug. Because good lawyers ain’t cheap.

(a) No person shall have in his or her possession on his or her person, while driving a motor vehicle upon a highway or on lands, as described in subdivision (b) of Section 23220, any bottle, can, or other receptacle, containing any alcoholic beverage which has been opened, or a seal broken, or the contents of which have been partially removed.

(b) (1) Except as authorized by law, every person who has in his or her possession on his or her person, while driving a motor vehicle upon a highway or on lands, as described in subdivision (b) of Section 23220, any receptacle containing any cannabis or cannabis products, as defined by Section 11018.1 of the Health and Safety Code, which has been opened or has a seal broken, or loose cannabis flower not in a container, is guilty of an infraction punishable by a fine of not more than one hundred dollars ($100).

(c) Subdivision (b) does not apply to a qualified patient or person with an identification card, as defined in Section 11362.7 of the Health and Safety Code, if both of the following apply:

(1) The person is carrying a current identification card or a physician’s recommendation.

(2) The cannabis or cannabis product is contained in a container or receptacle that is either sealed, resealed, or closed.