Home » #DUIdata » Jurors deliberating on Defendant not testifying, and Courts weighing evidence against Defendant with this misconduct…is that proper?

Jurors deliberating on Defendant not testifying, and Courts weighing evidence against Defendant with this misconduct…is that proper? 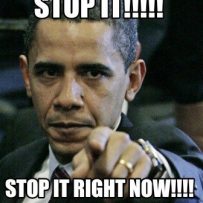 Jurors deliberating on Defendant not testifying, and Courts weighing evidence against Defendant with this misconduct…is that proper?

Obviously Defendant invoking the right to not testify is just as important as the law that Jurors cannot consider the fact Defendant didn’t testify. But, we’re human. So what happens when Jurors do deliberate on this.

Let me boil this down, and then discuss everything in full. Because this is an interesting case, and addresses some uncharted legal waters in California regarding this issue here. The Readers Digest version is if Jurors improperly deliberate on Defendant not testifying, can the Court consider the weight of the evidence in light of that? And to what extent? Peaked your interest? Let’s dive in. This is from the 11/16/17 decision People v. Solorio (Court of Appeals of California, Fourth District, Division One).

Each time Jurors discussed Defendant not testing “the foreperson admonished other jurors not to consider the topic, and they would move on to other issues before circling back to it.” The Court took testimony from all Jurors, and it was a mixed bag of who said Jurors deliberated on this or not (People disagreeing about this? …this is my shocked face…). What the Court here took issue with is that Jurors repeatedly deliberated on this issue after Foreperson admonished them to stop.

Here’s the kicker for this case: in evaluating these decisions, the Trial Court “consider[ed] the strength of trial evidence against the defendant in assessing prejudice.” That raises a red flag, and this is a new issue: “The parties have not cited, nor have we found, a case that evaluates prejudice from the type of misconduct we have here based on the strength of the evidence at trial.” And this is what the Court took issue with against the Trial Court.

So the Court of Appeals here found the jury misconduct in this case went directly to the ultimate issue—Defendant’s guilt for murder. With that, the Court now considers factors to whether the People rebutted the presumption here. These factors are:

Again, when Jurors keep discussing an issue after being admonished to stop: that’s the sticking point here. And by contrast, a prompt reminder would NOT be sufficient “to rebut the presumption of prejudice if there were objective circumstances indicating that the reminder was ineffective.” A “persistent refusal [by the jury] to follow the court’s instructions would tend to confirm the prejudicial effect of the misconduct claimed by defendants.”

So, back to this issue of the repeated discussion, after admonishment. “Here, the trial court found that jurors repeatedly discussed Solorio’s decision not to testify. Despite admonitions each time the topic was brought up, jurors circled back to the topic ‘several times.’ There was, therefore, ‘objective evidence establishing a basis to question the effectiveness of the reminder.’ Where repeated reminders were given that Solorio’s lack of testimony could not be considered, we cannot say they were sufficient to rebut the presumption of prejudice.” Defendant wins the ability to sit through another trial with new Jurors.

The Court leaves us with the fadeaway shot saying they also disagree with the Trial Court about the record here overcoming the Juror misconduct: “If the trial evidence were so overwhelming, why would the jury repeatedly discuss their view that Solorio must be guilty because he did not take the stand? Given the nature of improper statements here—that Solorio did not testify because he was guilty—and the repeated revisiting of this matter over a one-hour period despite admonitions, we would find at least a ‘reasonable probability’ that actual harm resulted from the misconduct even if we were to consider the ‘entire record.’”