Home » #DUIdata » Can you plead guilty, THEN appeal on grounds of unconstitutionality?

Can you plead guilty, THEN appeal on grounds of unconstitutionality?

Posted by Eric Ganci on April 2, 2018 in #DUIdata, Uncategorized | 0 comments 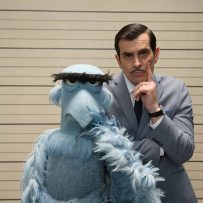 The US Supreme Court just laid out this issue: Does a guilty plea by itself bar a federal criminal defendant from challenging the constitutionality of the statute of conviction on direct appeal?

Restated: if you plead guilty to doing “it”… but “it” was not illegal…can you appeal and challenge the prosecution as being unconstitional?

The US Supremes say even if you plead guilty, you can still appeal a conviction on the challenge of constitutionality.

This whole situation makes me think of the Muppets in this scene in Muppets Most Wanted when the Muppets did nothing wrong, yet were being interrogated like they had. Sad. Frustrating, I know.

Here, Defendant was arrested and indicted for “possessing firearms in his locked jeep, which was parked in a lot on the grounds of the United States Capitol in Washington.” Defendant 1) asked the Court to dismiss the case because it violated his 2nd Amendment Right to bear arms, and 2) claimed a violation of Due Process “arguing that he was denied fair notice that weapons were banned in the parking lot.” The District Court denied both requests, and here’s where it got fun.

Several months later, Defendant pleaded guilty to “Possession of a Firearm on U. S. Capitol Grounds” and the Government agreed to drop related charges. The plea deal was written to include much of the language you’d expect (I’m doing this freely and voluntarily; I waive a right to trial; etc.)…but “[t]he agreement said nothing about the right to raise on direct appeal a claim that the statute of conviction was unconstitutional.”

So, we’re back at Square One, and the law is “a plea of guilty to a charge does not waive a claim that—judged on its face—the charge is one which the State may not constitutionally prosecute.”

The People claim the ‘ol “yea but”:

The Court quickly says no, no, and no. Which remands this case so Defendant can now make his claims at the lower Court.