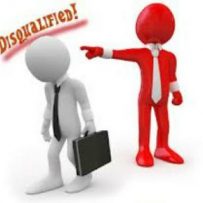 I have to begin by saying that this case is just silly. Check out this timeline: The case gets assigned to a Trial Judge. The Judge ruled on several pretrial motions against the People, and then they dismiss for insufficient evidence. The People file charges the next day with a new case number, although there are no new facts. The case goes to trial again and gets assigned to the same Judge as before. And the People move to disqualify the Judge per CCP 170.6.

The Court finds this to be improper under the “continuation rule” which precludes “a peremptory challenge in the second proceeding involve the same parties at a later stage of their litigation with each other, or they arise out of conduct in or orders made during the earlier proceeding.” The Court also notes the People did not try to disqualify the Judge for the first trial go-round.

Seems logical. But is this also misconduct from the People? The Court punts and takes “no position on petitioner’s contention that the District Attorney abused the judicial process and engaged in prosecutorial misconduct in violation of his due process rights.” Birts v. Superior Court Court of Appeals of California, First District, Division Three, April 11, 2018. Although, note the Cal Supremes took this case under review (see 2018 Cal. LEXIS 4075)