Home » #DUIdata » If running a motion to suppress based on several searches, Defendant must identify government conduct that is objectionable.

If running a motion to suppress based on several searches, Defendant must identify government conduct that is objectionable. 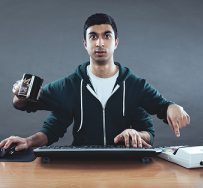 California Penal Code 1358.5 provides that evidence obtained in a warrantless search in violation of the 4th Amendment (unlawful search and seizure) can be suppressed.

Well, what if Defendant is claiming there were several searches…and several pieces of evidence unlawfully obtained from the different searches? When filing the Motion to Suppress, must Defendant specifically identify which searches that are being objected to?

From the May 15, 2018 decision Davis v. App. Division*, yes, Defendant must specifically identify the searches.

Here, evidence was obtained through a series of warrantless searches or seizures (“here, a traffic stop, field sobriety tests, vehicle search and arrest”). Defendant then filed a Motion to Suppress, staying his “motion sought to exclude: ‘1. Any and all test results obtained by police, 2. Any observations made by the police; 3. All statements made by Defendant to Police.'” However, “Davis’s motion did not specify which of the several warrantless searches and seizures that had taken place he claimed were unlawful, stating only, ‘The search and seizure in this case occurred without a warrant. A search without a warrant is presumptively illegal, and must be justified by the prosecution. The prosecution bears the burden of establishing the legality of a warrantless search.'”

And that was the problem. The Trial Court denied the motion without a hearing (but also without prejudice, so Davis could have redrafted and refiled a proper motion). The Court ruled: “Davis’s motion to suppress was ‘vague and provide[d] insufficient notice to the People of what [was] being challenged and the basis for challenging it.'”

Here are the main takeaways for running this type of motion per California law:

With the final ruling here of “if the motion seeks to suppress evidence obtained as a result of police conduct involving a series of warrantless searches and seizures, the defendant must identify which of the searches or seizures he or she challenges as unlawful.”