Home » #DUIdata » Think you’re innocent? You get to argue that. McCoy v. Louisiana

Think you’re innocent? You get to argue that. McCoy v. Louisiana 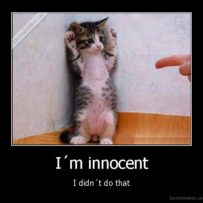 The quick rule here is if Defendant thinks he’s innocent, then he gets to claim and argue his innocence. Even if his lawyer thinks it’s a better strategy to admit guilt.

This is from the May 14, 2018 US Supreme Court decision McCoy v. Louisiana (138 S Ct 1500) where Defendant was facing the death penalty for allegedly murdering a family. Defense Counsel advised to admit guilt at the trial phase and argue for something less than death at sentencing. Defendant took issue with this and “strenuously” objected through the trial while Counsel was admitted the guilt to the jurors.

The 6th Amendment guarantees “a defendant the right ‘to have the Assistance of Counsel for his defense.’” “[I]t is the defendant’s prerogative, not counsel’s, to decide on the objective of his defense.”

Now, there’s the saying that he who represents himself has a fool for a client…and the Court here states “an accused may insist upon representing herself — however counterproductive that course may be….” But that’s still the right of the Defendant to claim innocence and make the People prove their case. The Court also distinguishes between trial strategy versus a client’s objective: “[t]hese are not strategic choices about how best to achieve a client’s objectives; they are choices about what the client’s objectives in fact are.”

Although there can be considerations about whether Defendant is competent to stand trial by himself, the ultimate rule here is “[w]hen a client expressly asserts that the objective of ‘his defense’ is to maintain innocence of the charged criminal acts, his lawyer must abide by that objective and may not override it by conceding guilt.” “If a client declines to participate in his defense, then an attorney may permissibly guide the defense pursuant to the strategy she believes to be in the defendant’s best interest. Presented with express statements of the client’s will to maintain innocence, however, counsel may not steer the ship the other way.”

The endgame here: Defendant gets a new trial. “Because the error was structural, a new trial is the required corrective.” Justice Ginsburg authored this opinion.