A spoken verdict trumps a written one. People v. Bailey

Posted by Eric Ganci on October 10, 2018 in #DUIdata, Uncategorized | 0 comments 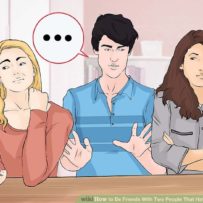 Criminal cases must reach a unanimous decision. Yep, we know that. But HOW the verdict is given: that’s what this September 20, 2018 case People v. Bailey* discusses. Or more directly: the verdict is first written on a verdict form…but what if any Juror gives a different verdict verbally in Court? Which is the true verdict?

Bailey rules the spoken verdict is the true one. Let’s dive in:

Criminal case with 2 counts of DUI. Jurors say they have a verdict. The Clerk reads the verdict as written: guilties. However, both sides can poll the Jurors to have the Judge ask each Juror if the verdicts as read are their true verdicts.

Defense polls the Jurors and one Juror says that was not his/her verdict to one of the Counts. This is the record:

Court. Okay. It is not your—so you did not intend to vote guilty as to count 1?

Court. And guilty as to count 2?

Court. Did you intend to vote guilty as to count 2? So those are your verdicts?

The rest of the Jurors were polled…and then the Court released all Jurors with no follow-up to Juror 4.

Defense objects to the verdicts as read. “Neither the court nor the prosecutor responded. The court did not attempt to recall the jurors or declare a mistrial. Instead, the verdicts were recorded….”

The Court holds this was improper. “Before the verdict is recorded, either party may ask the court to poll the jurors individually. If any juror answers ‘in the negative, the jury must be sent out for further deliberation.” California Penal Code 1163.

Citing Penal Code 1164(a): “The verdict is complete only if no juror expresses disagreement on polling.” “Thus, ‘it is `the oral declaration of the jurors, not the submission of the written verdict forms [that] constitutes the return of the verdict.'” “In other words, `there is no verdict absent unanimity in the oral declaration.'”

It was also improper for the Court to discharge the Jurors when there was a Juror that didn’t give unanimity to the verdict. “[T]he court may not discharge the jury ‘until the court has verified on the record that the jury has…reached a verdict…on all issues before it.'”

The ultimate holding here: “when a polled juror disavows the written verdict but the court nevertheless records it, the court violates the defendant’s right to a unanimous jury under the California Constitution.”