Home » #DUIdata » Is Counsel’s concession of guilty during Opening a guilty plea?

Is Counsel’s concession of guilty during Opening a guilty plea? 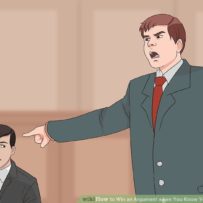 The People charged Defendant with DUI Murder, Hit and Run, among other allegations. In Defense Counsel’s Opening, he stated Defendant caused the accident, and hit and ran. Specifically Counsel said Defendant “’caused the accident. No dispute. And then he drove away.’ A few moments later, he conceded, ‘As to the hit and run, he’s guilty of it; I’ll say that again at the end. There are no games being played here…. But he’s not guilty of murder.’” Hm, so is this the same as a guilty plea to that crime?

To start, “[w]hen a criminal defendant enters a guilty plea, the trial court is required to ensure that the plea is knowing and voluntary.” “[T]he court must inform the defendant of three constitutional rights—the privilege against compulsory self-incrimination, the right to trial by jury, and the right to confront one’s accusers—and solicit a personal waiver of each.” “Accordingly, in the event of a guilty plea or other conduct tantamount to a plea, ‘the record must demonstrate that the defendant voluntarily and intelligently waived his constitutional trial rights.’”

Also important to understand is that “here, there was no stipulation admitting the elements of the hit and run as an evidentiary matter. Instead, the jury was instructed that the prosecution had to prove guilt on all counts beyond a reasonable doubt and that statements by counsel were not evidence.”

The Court here decided even though certain words came out of Defense Counsel’s mouth, these are not the same as Defendant himself giving up the rights required to change a plea to “guilty.”

The Jurors here convicted on Murder and Hit and Run. And even with this holding, the Court affirmed these convictions. The Court also did not find ineffective assistance of counsel for making these statements as “reasonable tactical decisions, particularly given the largely undisputed evidence as to the hit and run charge and the seriousness of the murder charge.”