Fake Friending by Police does not violate the 4th Amendment. People v. Pride. 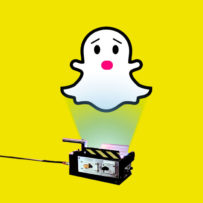 In this January 10, 2019 decision People v. Pride*,  an undercover officer posed as someone, sent Defendant a friend request…and then after a crime, Defendant posted something incriminating on his social media. The officer saw that post without using a warrant, as he was a “friend.”

His account was private–open to only the people whose friend request Defendant accepted. And the posts disappeared after a period of time.

Well, here comes trial and the People used that post to convict Defendant. Defendant claims this violated his 4th Amendment right. Did it?

First, the law with quotes straight from this case:

The Fourth Amendment protects the right of the people to be secure in their persons, houses, papers, and effects, against unreasonable searches and seizures. The basic purpose of this Amendment is to safeguard the privacy and security of individuals against arbitrary invasions by governmental officials.

When an individual seeks to preserve something as private and his expectation of privacy is one that society is prepared to recognize as reasonable, official intrusion into that private sphere generally qualifies as a search and requires a warrant supported by probable cause.

So, was this a 4th Amendment violation here? Nope.

Again, straight from the case:

“Although a defendant may believe his social media profile or account would not be shared with law enforcement, he had no justifiable expectation that his `friends’ would keep his profile private. And the wider his circle of `friends,’ the more likely [the defendant’s] posts would be viewed by someone he never expected to see them. [The defendant’s] legitimate expectation of privacy ended when he disseminated posts to his `friends’ because those `friends’ were free to use the information however they wanted — including sharing it with the Government.”

Basically, “[t]here is simply no constitutional principle that prohibits the recipient of a confidence from breaching the trust reposed in him not to disclose it to others, including the police.”

*Court of Appeals of California, Fourth District, Division One