Must Miranda consent be written? 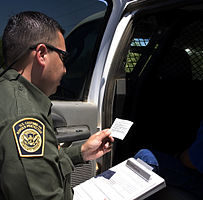 [An update on this case: on 3/29/19 the Courts ordered it depublished, see 2019 Cal App Unpub LEXIS 2252. But it’s still an interesting read with some history of this case law]

Does Defendant need to sign anything to formally (and legally) waive Miranda? Must an officer take separate Miranda waivers after each advisal within Miranda? What if Defendant is a minor…how does that affect things? In re L.R. from 2/20/19 (Court of Appeals of California, First District, Division Five) discusses this.

First, the law at large: “The prosecution has the burden of establishing, by a preponderance of the evidence, the voluntariness of an accused person’s waiver of his Miranda rights. The waiver of Miranda rights must be voluntary in the sense that it was the product of a free and deliberate choice, and was made with a full awareness of the nature of the right being abandoned and the consequences of the decision to abandon it.” Defendant argues the consent wasn’t written, as the waiver forms were left blank. The Court rejects that argument, saying there is no case law in support. Defense also argues Police didn’t take consent after each Miranda advisal…and the Court also rejects that.

As for Miranda’ing a minor: “To determine whether a juvenile’s waiver of his Miranda rights is voluntary, a court should consider the totality of the circumstances, including the minor’s `age, experience, education, background, and intelligence, and . . . whether he has the capacity to understand the warnings given him, the nature of his Fifth Amendment rights, and the consequences of waiving those rights.’ When a confession by a minor is involved and `counsel was not present for some permissible reason when an admission was obtained, the greatest care must be taken to assure that the admission was voluntary.”

Ultimately the Court here finds no violation of Miranda as the “trial court found Minor did not have difficulty understanding the officer’s oral statements and questions, rejected [Defendant’s] “short-term memory” statement as “an excuse,” and found Minor’s IEP alone—absent evidence about the disability giving rise to the IEP—did not undermine other evidence that Minor understood the admonitions.”