Home » #DUIdata » Must a Court take an acquittal if Jurors decide against a greater included crime but are hung on a lesser?

Must a Court take an acquittal if Jurors decide against a greater included crime but are hung on a lesser? 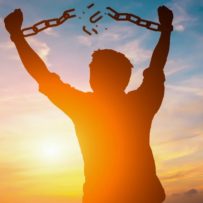 There’s a few rules and understandings that come out of Aranda. First, the Court confirms Stone v. Superior Court (1982) 31 Cal.3d 503, which “concluded that a court must accept a partial verdict of acquittal as to a charged greater offense when a jury has expressly indicated it has acquitted on that offense but has deadlocked on uncharged lesser included offenses.”

The second question (and main holding here) is “whether the Stone rule has been abrogated by the United States Supreme Court’s decision in Blueford v. Arkansas (2012) 566 U.S. 599…which concluded that federal double jeopardy principles do not require a court to accept a partial verdict.” To that, the answer is no: Blueford does not abrogate Stone. So we have a federal rule, and a separate California state rule on this specific issue…and Blueford “was thus silent as to whether a state may require the taking of partial verdicts under its own laws.”

The facts here in Aranda:

“Under the Fifth Amendment to the United States Constitution and article I, section 15, of the California Constitution, a person may not be twice placed in jeopardy for the same offense. This double jeopardy principle bars a second prosecution for the same crime after an acquittal or conviction. Even if a jury returns no verdict on a particular charge, retrial is only permitted in limited circumstances. ‘Retrial after discharge of a jury without ‘manifest’ (in federal terminology) or ‘legal’ necessity violates the protections afforded under both’ the federal and state constitutional double jeopardy clauses.’”

So, back to whether the Court is required to take the verdict of acquittal on the greater charge. The answer is yes: “Stone held that ‘the trial court is constitutionally obligated to afford the jury an opportunity to render a partial verdict of acquittal on a greater offense when the jury is deadlocked only on an uncharged lesser included offense. Failure to do so will cause a subsequently declared mistrial to be without legal necessity.’”

But, does this affect how a Prosecutor may charge a case? And does how the prosecutor charged the crime(s) affect Defendant’s entitlement to have lesser included offenses included for the Jurors to consider?

First, “[t]he prosecution may charge a single offense and the trial court must instruct on any lesser included offenses supported by the evidence.” Citing Stone: “A defendant’s double jeopardy rights should not ‘turn on the formality of whether he was charged in separate counts with the greater offense and the lesser included offense, or was charged in a single count with only the greater offense.’” “[T]he prosecutor’s method of charging a defendant does not affect a defendant’s double jeopardy rights.”

Here, the People argued they wouldn’t want to charge a lesser included offense, because then Defendant would just jump on the lesser grenade. The Court is not persuaded by this, as “[d]ouble jeopardy principles do not allow a defendant to plead guilty to a lesser included offense over prosecutorial objection to thwart the prosecution of a greater offense.” Citing Ohio v. Johnson (1984) 467 U.S. 493, 500-502; People v. Anderson (2009) 47 Cal.4th 92, 109-110.

So, the basic rule here is “[i]f the charged counts involve included offenses, the court must accept an acquittal verdict on a greater offense even if the jury could not agree on any of the separately charged lesser offenses.” And “the Stone rule survives as an interpretation of California’s double jeopardy clause. ‘[T]he California Constitution is a document of independent force and effect that may be interpreted in a manner more protective of defendants’ rights than that extended by the federal Constitution, as construed by the United States Supreme Court.’”