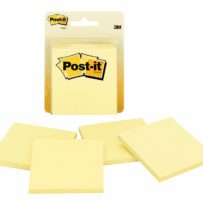 The facts of Jones:

During jury selection, the People used peremptory challenges to excuse 3 jurors who are African American. Defense made a Batson/Wheeler challenge that the Prosecutor was improperly striking jurors based on race.

When a party makes a Batson/Wheeler challenge, the Court must step through this framework:

Here, the Court found Defense made a prima facie case. The Prosecutor “offered race-neutral explanations for excusing the jurors, citing in part a numerical score for each prospective juror that the prosecution team had devised.” The Court held for the Prosecutor.

Jurors convicted Defendant and “pursuant to [Penal Code] section 1054.9, his habeas attorney sought postconviction discovery of the jury selection notes.” And this starts the issues of this case.

To begin, what is the law for discovering attorney work product?

“There is no constitutional basis for work product privilege.” “[A]ny protection in California . . . must be based on state common or statutory law.” “The work product privilege is codified in the Code of Civil Procedure; it protects from discovery ‘writing that reflects an attorney’s impressions, conclusions, opinions, or legal research or theories.'”

In the criminal realm, “Penal Code section 1054.6 `expressly limits the definition of `work product’ in criminal cases to `core’ work product, that is, any writing reflecting `an attorney’s impressions, conclusions, opinions, or legal research or theories.’ This includes materials compiled by investigators and other agents in preparation for trial.” I omitted the internal cites here.

That leaves us with the issue of “whether the work product privilege remains absolute when a court has an obligation to evaluate the intent of the prosecution, and the written mental impressions themselves may reveal an effort to unlawfully exclude prospective jurors based on race or gender.”

The Prosecution makes several arguments that the Court disagrees with. The People argue the Juror notes deal with their case theory but the Court says no: that “there is a difference between a prosecutor’s thoughts and opinions about the quality of the legal case or trial strategy and the thoughts and opinions about the adequacy of prospective jurors.” Also, the Court needs to see the actual notes here as the reason for the 3rd step of a Batson/Wheeler challenge “is to evaluate the prosecutor’s reasoning.”

So here, the Court orders the Prosecution must turn those Juror notes over to Defense. Specifically the Court concludes “when a prosecutor relies on jury selection notes to refresh his recollection and shares the details of jury selection notes with the court during a Batson/Wheeler hearing, upon request, the defense is entitled to review those notes.”

Jones was filed April 9, 2019 and comes from San Diego: Court of Appeals of California, Fourth District, Division One.