Home » #DUIdata » I blindly initialed and signed my change of plea form…can I withdraw my guilty plea? People v. Novoa

I blindly initialed and signed my change of plea form…can I withdraw my guilty plea? People v. Novoa 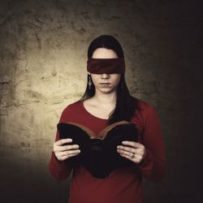 How must an attorney advise a criminal Defendant about immigration? Or specifically in this case People v. Novoa* from 4/22/19, if a Defense Attorney just crossed out certain parts of a change of plea form and has no records of actually advising a Defendant about immigration consequences of the plea, is that ineffective assistance of counsel? Such that would allow the Defendant to withdraw his guilty plea?

The facts in Novoa:

Defendant pled guilty to possession of meth for sale in 2003 and the Court sentenced him to 180 days jail. In 2012, the United States began deportation proceedings against him because of this conviction and in 2013 Defendant appealed, saying he did not know this conviction would result in deportation…and had he known, he would not have pled guilty.

In the guilty plea, one paragraph “contained a standard immigration advisal” and Defendant’s lawyer made a few changes to that paragraph by crossing out and adding some new words. The modified paragraph read, ‘I understand that if I am not a citizen of the United States, deportation, exclusion from admission to the United States, or and denial of naturalization may will result from a conviction of the offense(s) to which I plead guilty/nolo contendere (no contest).'” Both Defendant and his lawyer signed the form, and by signing the lawyer attested he “personally read and explained the contents of the change of plea form to Novoa, he observed Novoa sign the form, and he concurred with Novoa’s guilty plea.”

The Defense Lawyer testified to the opposite: “that his ‘normal practice would have been to identify if there was an immigration issue[,]’ and he would have ‘started with any client’ ‘to determine if immigration was in play.’ …[H]is beginning point, with any client in 2003, was to determine if immigration issues existed. Indeed, in discussing the modifications to [the paragraph about immigration consequences] of the change of plea form, [Defense Counsel] stated ‘normally the practice was to advise, regardless, but I know there could be situations—if it wasn’t a concern, we weren’t discussing it directly.'”

The law and holding here:

The Trial Court believed Defendant and did not believe his attorney:

“The court found Novoa credible. Specifically, it believed Novoa when he testified that O’Connor did not adequately review or explain the change of plea form.”

The Trial Court found ineffective assistance of counsel and found prejudice and Defendant is entitled to relief to withdraw his guilty plea per California Penal Code 1473.7.

*Court of Appeals of California, Fourth District, Division One.