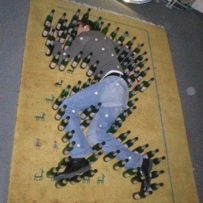 Does a warrantless blood draw on an unconscious DUI suspect violate the 4th Amendment?

We’ve been waiting on the answer to this question since 2016 with People v. Arredondo, which the Cal Supremes have been holding onto. Well, the US Supremes made the decision on their June 27, 2019 decision Mitchell v. Wisconsin (139 S. Ct 2525). And the answer is no, most likely drawing blood from an unconscious DUI suspect does not violate the 4th Amendment protection against unreasonable searches and seizures.

In Mitchell, Defendant did a preliminary breath test for a 0.24 (although there’s no information as to what machine, how many blows, etc.). Police arrest him and Defendant could provide a post-arrest evidential breath test. Defendant then “lost consciousness on the ride over [to the hospital] and had to be wheeled in.” Defendant passed out and Police “read aloud to a slumped Mitchell the standard statement giving drivers a chance to refuse BAC testing.” The blood draw took place while Defendant was unconscious in the hospital, and Police never obtained a warrant.

So, unlawful? Probably not. “Thus, when a driver is unconscious, the general rule is that a warrant is not needed.” “When police have probable cause to believe a person has committed a drunk-driving offense and the driver’s unconsciousness or stupor requires him to be taken to the hospital or similar facility before police have a reasonable opportunity to administer a standard evidentiary breath test, they may almost always order a warrantless blood test to measure the driver’s BAC without offending the Fourth Amendment.”

The Court here is careful to not decide whether these facts create “exigent circumstances”—that the blood alcohol level will be dissipated as the body processes and eliminates alcohol. But it certainly discusses that issue in their analysis. The Court also leaves open the door, just a crack: “We do not rule out the possibility that in an unusual case a defendant would be able to show that his blood would not have been drawn if police had not been seeking BAC information, and that police could not have reasonably judged that a warrant application would interfere with other pressing needs or duties.”