Can you lose your 6th Amendment right to Confrontation? People v. Merchant, 10/9/19 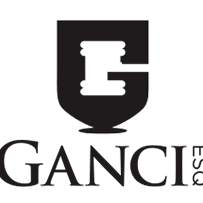 Can you lose your 6th Amendment Right to Confrontation?

Usually a criminal Defendant “has a Sixth Amendment right ‘to be confronted with the witnesses against him.’” Meaning “[a] court may not admit a witness’s testimonial hearsay statements against a defendant unless the witness is unavailable and the defendant had a prior opportunity for cross-examination.”

However, if Defendant is the reason the person doesn’t testify, then Defendant loses that Sixty Amendment right. “[W]hen defendants seek to undermine the judicial process by procuring or coercing silence from witnesses and victims, the Sixth Amendment does not require courts to acquiesce. While defendants have no duty to assist the State in proving their guilt, they do have the duty to refrain from acting in ways that destroy the integrity of the criminal-trial system.”

So, what happened in Merchant?

Defendant Merchant was arrested after “careened down the freeway” with his girlfriend in the car, refusing her pleas to let her out. He also throws her phone out the window when she tries calling 911.

Defendant makes jail calls to his buddy, saying to each other: “As long as she [the girlfriend] don’t come in to court you could be all right.” And Defendant asks his buddy to “keep her away for six months.”

Then Defendant makes 167 jail calls with Girlfriend with passive statements about her not coming to his trial: that he was “scared to fuckin’ go to trial ‘cause if you [Girlfriend] pop up, I’m gone, like no ifs, ands, and buts – my life is gone.” And later having his buddy check on Girlfriend…and Defendant reminding Girlfriend “to stay under the radar.”

Girlfriend doesn’t show up to trial, but her statements are still admitted. Defendant claims a Sixth amendment violation to confront Girlfriend at trial as a witness. And the Court disagrees. Because Defendant acted the way he did, he lost his right to Confrontation.