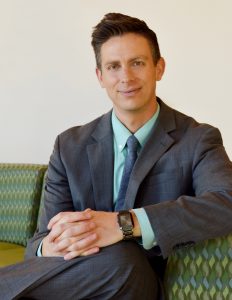 Since 2009, I represented exclusively persons accused of DUI. I am the only attorney in San Diego trained in DUI blood testing (alcohol and drugs) by the American Chemical Society and I have earned the Lawyer-Scientist designation as recognized by the Chemistry and the Law Section of the American Chemical Society. I’m also qualified to train police on DUI field sobriety tests and investigation (on National Highway Traffic Safety Administration NHTSA protocols), trained on breath machines (including the Intoxilyzer 8000 used by San Diego police), and a published author in DUI law and science. My publications include “Inside the Minds: Strategies for Defending DUI Cases in California” 2013 and 2015 editions; California Drunk Driving Defense, 2011 and 2013 supplements; and my blog about science, trial techniques, and Court procedure.

As a trial lawyer, I attended the 3-week Gerry Spence’s Trial Lawyers College in 2013, and in 2016 began teaching with this incredible group. I teach on average 3 – 4 weeks a year with TLC to lawyers across the nation about all case types civil and criminal.

For estate planning, my focus has always organization and planning. I am a member of the Probate Attorneys of San Diego and really enjoy this part of my practice as I help people coordinate their life plans as well as planning for their legacies.

The following is just from one client.  Although I have a page for other testimonials, and print each one verbatim.

Anon. DUI Client
My husband did a lot of researching for the best lawyer and I’m so glad he found Eric. Eric always made time for my husband, whether it was by phone, email, or in person. What I appreciate the most is the genuine compassion Eric has for his clients. He listened, gave knowledgeable advice, and never stopped working to seek justice for my husband. I can go on and on about how talented Eric is at what he does, however I will put it short and simple: Eric saved us.

You can also see a list of my recent successes here.

Inside the Minds: Strategies for Defending DUI Cases in California, 2013 and 2015 editions

I am admitted to practice law in the State of California and the Southern District of the United States District Court of California. In addition, I am actively involved in:

Thomas Jefferson School of Law Adjunct Professor of the Year

Thomas Jefferson School of Law A. Thomas Golden Honorary Alumnus of the Year, 2015